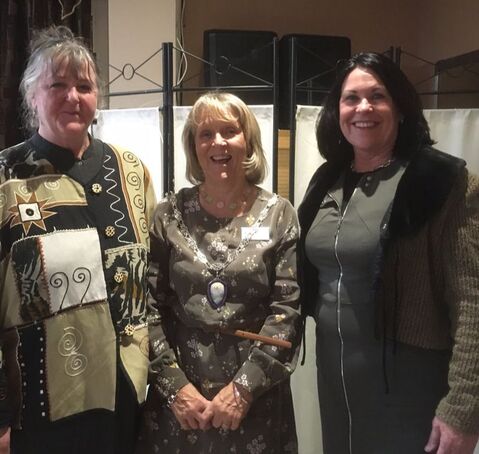 Pictured L to R are Jane Salisbury, Val Simpson and Jane Croad.
Val Simpson President of the Barry and District Soroptimist Club welcomed Dr. Jane Croad of WAW as an after dinner speaker on Wednesday 17th November. Jane talked about her doctoral research and consultancy work. Attracting skilled people to cities was the theme of the talk which explored key  attraction motivators.

WAW members (who are also Soroptimists) Dr. Jane Salisbury and Prof. Gerda Roper introduced  and gave formal thanks to Dr.Croad for an engaging talk.

The Politics of Change: Women Making a Difference

Evidence, data and lived experience about the inequalities that exists in the lives of women in Wales when they face homelessness, pregnancy, caring for an adult child with schizophrenia and seeking sanctuary, are to be shared with the Welsh Government following the annual conference of Wales Assembly of Women.
Welsh Government Minister for Social Justice Jane Hutt MS said research such as that presented at the conference was vital in closing the implementation gap between policy and practice by providing the lived experience of women. It shone a light on inequality and she would share it with the relevant Welsh Government Ministers, so that it could be used to help build a more fair and equal Wales where no one was left behind.
The Minister was presenting the Awards for this year’s Audrey Jones Awards for Research by Women, run by Wales Assembly of Women, and said that, as always, the research presented highlighted evidence, data and lived experience of women in Wales.

Vale of Glamorgan MS Jane Hutt, who was a friend of Audrey Jones and has presented the Awards since their introduction in 2016, said: ‘I have been reflecting on the Audrey Jones Awards and it is great to see robust research and evidence used to make a difference to women’s lives and not just ending up on a shelf. ‘

Dr Jane Salisbury, who coordinates the Audrey Jones Awards, said the level of entries this year had been outstanding and as a result a decision had been taken to present four Awards.

She said: ‘Audrey would have been overwhelmed by the quality of the research we have heard today and absolutely delighted that Jane Hutt will share it with colleagues in Welsh Government where it can make a real difference to women’s lives.’ 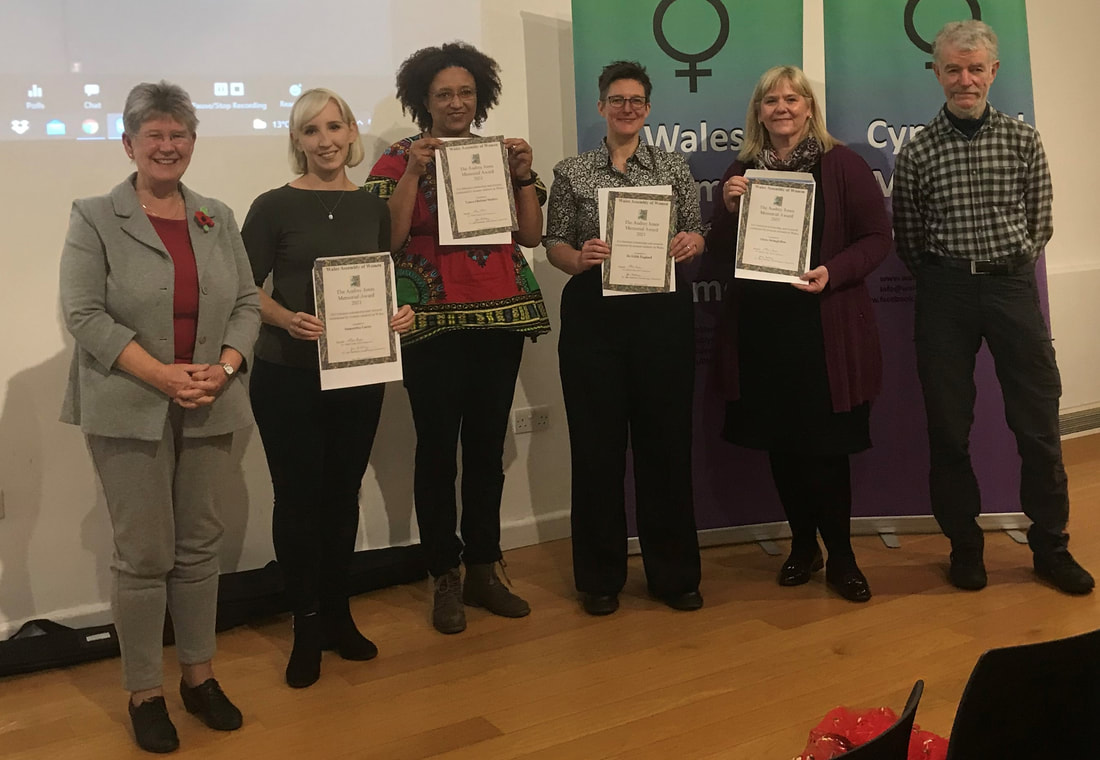 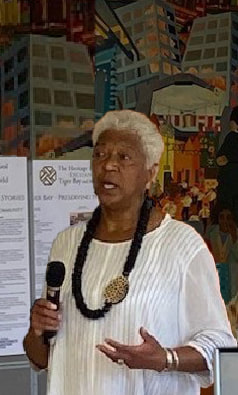 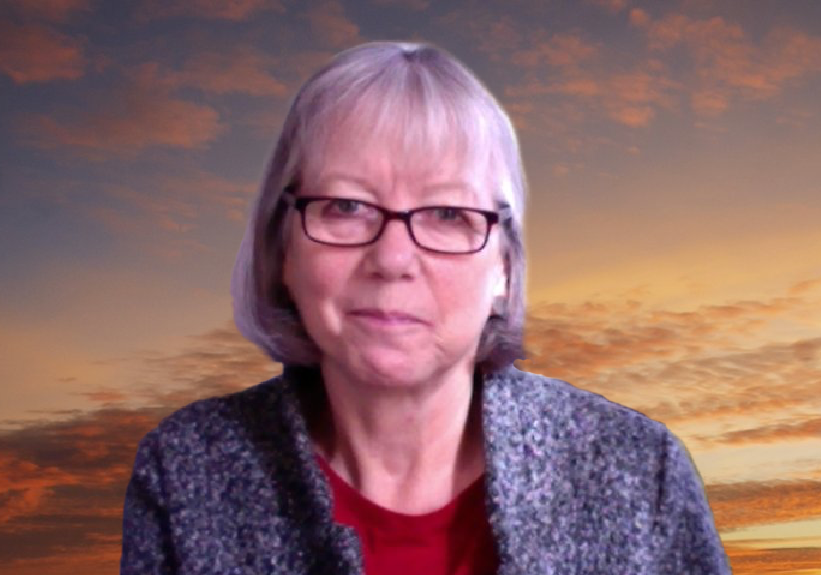 Lis Burnett
Gaynor Legall is a powerful advocate for ethnic minority women across Wales. Born and brought up in Butetown, Cardiff, Gaynor has managed to combine fulltime work, political activism and voluntary sector involvement, with raising a family. She is married with a daughter and two stepsons. Gaynor is fiercely proud of her origins and of the fact that she grew up in the multi-cultural, multi-religious area of Cardiff once known as Tiger Bay, much maligned and misunderstood by the wider community, it gave her the foundation she needed to do the things she wanted to do – make changes.
Gaynor stared work as a Nursery Nurse at 18, she then trained as a State Registered Nurse, later switching careers to become a social worker, the latter leading to senior managerial posts focussing on social policy. She believes that policy formation should start with service delivery, i.e. what is it you want to do. Gaynor became “politicised” in her teens, involving herself in local challenges and campaigns.
Gaynor is a founder member of Wales Anti-apartheid, helping to grow the organisation from a Cardiff based group to a national campaign and was the first Black City Councillor in Wales. Gaynor is a collaborator and has worked with other like-minded people to establish a number of voluntary organisations such as FullEmploy Wales, a job and training organisation for inner city youth, AWETU, a Black mental health charity, BAWSO the first Black domestic violence organisation in Wales. Gaynor has been involved in several television and radio programmes relating to inequalities and was awarded a Lifetime Achievement by the Ethnic Minority Welsh Women Achievement Association.
Gaynor has now retired from full-time employment and is the chair of The Heritage & Cultural Exchange, a community-based organisation that aims to fully chronicle the heritage together with the cultural diversity of Tiger Bay and Cardiff Docklands, and bring it to the world. Gaynor recently led the task and finish group established by the Welsh Government to undertake an audit of public monuments, street and building names associated with aspects of Wales’ Black history.  The exercise focused on the slave trade and the British Empire, but it also touched on the historical contributions to Welsh life of people of Black heritage. Gaynor is also part of the steering group co-producing the first Race Equality Action Plan for Wales.
Slave Trade and British Empire Audit
Lis Burnett: Lis was first elected to the Vale of Glamorgan Council in 2004. Lis was re-elected in May 2012 when she was appointed Cabinet Member with responsibility for Regeneration, Innovation, Planning and Transportation. She was subsequently Deputy Leader and Cabinet Member for Education and Regeneration. Formerly Head of Social Entrepreneurship at the University of South Wales, Lis has previously run her own business, worked for a major UK multi-national company and for NESTA, the UK's innovation foundation. She has acted as an advisor to Welsh Government and the then Welsh Assembly on Social Enterprise. She has been involved in delivering innovative community to community aid projects in Uganda and in 2012 was invited to become a Fellow of the Royal Society of Arts in recognition of her contribution to social enterprise in Wales.
Background to awards

Records of early women’s rights campaigns go into the Archives 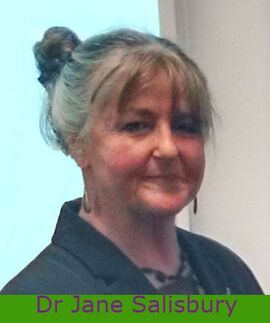 Papers and documents from the time of the early women’s rights movement in Wales have been deposited in Glamorgan Archives on behalf of Wales Assembly of Women. They record the work of the Wales Women’s Rights Committee, set up in the 1970s to lobby for sex discrimination legislation and the setting up of the Equal Opportunities Commission, the group that morphed into Wales Assembly of Women in 1984.

The 1970s was a significant time for women’s rights, when legislation was beginning to mirror women’s aspirations. But practice was slow to follow policy.  Neither the Equal Pay Act of 1970 nor the Sex Discrimination Act 1975 seemed to change things much. The Rights Committee was at the forefront of movements inside and outside Wales determined to change all that.
​
The records include details of the Wales Women’s March for Jobs , coordinated by Dr Salisbury as part of national protests in 1982, when Prime Minister Margaret Thatcher’s cuts made millions unemployed. They marched, 150 strong, from Ynysangharad Park in Pontypridd to Cardiff City Hall, where they were met by an official deputation led by the Lord Mayor.
Wales Women’s Rights Committee morphed into Wales Assembly of Women in 1984.
​
The papers were collated by Dr Jane Salisbury, who now co-ordinates the Assembly’s annual Audrey Jones Awards for Research by Women, when she was secretary of the Rights Committee. She kept them safe until she passed them on to Dr Jean Silvan Evans, who was writing an article on the history of Wales Assembly of Women for the 2020 edition of Morgannwg, journal of the Glamorgan History Society.

A special highlight in the papers relate to the all-Wales Women’s March for Jobs, held in September 1982 as part of national protests against Prime Minister Margaret Thatcher’s cuts that made three to four million people unemployed. The march was organised by the Rights Committee’s young secretary Jane Salisbury and the papers show its success and popular appeal.

Some 150 women gathered in Ynysangharad Park in Pontypridd, where they were waved off with a rousing speech from the iconic Annie Powell, who gained headlines all over the world when she was elected Communist mayor of the Rhondda and hailed as the only Communist mayor in Britain – ironically just two weeks after Margaret Thatcher became Prime Minister in 1979!

Marching with the women was a delegation from the Miners’ Union. The Rights Committee always took part in the annual Miners’ Gala in Sophia Gardens, once dressed as suffragettes, complete with suffragette sashes made by Jane Salisbury – and the miners took the chance to return the favour.

The march made its long but lively way to Cardiff City Hall, where the women were met, to great applause, by an official deputation led by the Lord Mayor. Among the newspaper headlines it gathered was ‘Dad holds baby while mum walks’, a reference to another group of supportive men, the Cardiff Men Against Sexism, who did the traditional ‘women’s work’ to support the march by organising a creche and catering.

Wales Assembly of Women is delighted the early work of Dr Jane Salisbury has been preserved in this way. A copy of the catalogue description for the records can be viewed on the Glamorgan Archives online catalogue ‘Canfod’ under the document reference D1812
​http://calmview.cardiff.gov.uk/Record.aspx?src=CalmView.Catalog&id=D1812.

This year we embraced the possibilities offered by the fact that the UN Commission for the Status of Women (CSW) was holding their meetings virtually.
We put together a parallel session using some of our previous Awardees who presented their research, live, at this year's event

“What do you know? You’re a woman!” –Gendered Experiences, Institutions, and Representation: Being a Female Local Councillor in Welsh Local Government by Leah Hibbs a final year PhD student at Cardiff University funded by the ESRC to research women's political representation and the experiences of female local councillors in Welsh Local Government.

​A critical examination of women leaders’ experiences of gender (in)equality in Welsh sport leadership by Philippa Davies an ESRC-funded WISERD (Wales Institute of Social and Economic Research and Data) PhD student at Cardiff University
​
The Representation of Disabled Women in Public Life in Wales: Progress, Challenges and Shortcomings by Ruth Nortey a doctoral student at Cardiff University Business School who is jointly funded by Disability Wales and the ESRC. Ruth will be sharing important data from her MSc which has informed her PhD research project proposal.

The Sixty-Fifth Session of the COMMISSION ON THE STATUS OF WOMEN concluded on Friday, 26th March 2021.

The Commission on the Status of Women adopted agreed conclusions on “Women’s full and effective participation and decision-making in public life, as well as the elimination of violence, for achieving gender equality and the empowerment of all women and girls” on 26 March 2021.

The advance unedited version of the CSW65 agreed conclusions is now available on the CSW65 website at https://www.unwomen.org/en/csw/csw65-2021 . Translations in the official United Nations languages will be added as they become available.
WAW Membership form